A letter from our founder

Many people ask how Ellie was born. What’s the story behind the name?

Well, I’ll tell you the story with a little dramatization.

It’s about data warehouses and their crucial role in the history of Finland at one particular time and place.

Today, Finland is one of the most advanced, wealthiest, and, according to surveys, the happiest country in the world.

It wasn’t like that always. Before Nokia, Angry Birds, and the world-renowned start-up event Slush, things were actually looking pretty grim.

And this is not even ancient history, we’re looking at the ’90s. Finland was in the midst of a crippling bank crisis and the IMF was looking at taking the charge of its economy as a whole.

The livelihood of people and the financial independence of the country were at stake.

The task force was formed

During these times of unparalleled financial turmoil, the Finnish government was in dire need of better tools to map out how the banks were really doing – and to that end, which ones to bail out, and which ones to just let go.

Also, it was equally crucial to get a grasp of which companies and businesses could be supported and saved.

In many ways, the situation was akin to the 2008 Financial Crisis and also, to some extent, the pandemic at hand.

A new government financial institution was established to take over the banks and to plow the country through the crisis.

The best breed of operative IT-systems was established for loans, customers, insurance, collections, and human resources.

But here’s the crux of it: the IMF was requiring detailed reports of Finland’s economical situation to evaluate whether or not the country was able to pull its own weight during its moment of crisis.

Were Finland to prove unable to deliver the reports, the IMF would take control of running its economy all together.

It became clear that one central storage for all data was required for providing the reports.

The Finnish government decided to form a task force of IT professionals to come up with an all-encompassing reporting solution in order to prevent it from falling into the hands of the IMF.

The country needs you

One night in the Fall of 1995 Ari Hovi, a young consultant and a father of three, was about to take his oldest son, 11-year-old Johannes (30 years later the CEO of Ellie Technologies) to his schoolmate’s birthday party. An ordinary evening by any means.

Just before leaving the house, he received a phone call.

–This is your Government representative, a voice said.

–Is this Ari Hovi? they continued.

–Your country needs your help.

At this point, Ari was puzzled. What is this, the candid camera or maybe a Michael Crichton thriller?

–Do you know what data warehousing is?

–Mr. Hovi, we kindly ask you to join us at the premises of the Bank of Finland. It’s a matter of the survival of our national economy. How soon can you come?

The newly appointed project CIO, assigned to lead the team in had come to realize that a totally new approach was to be taken to tackle the enormous task before them.

There had been talks about this new cutting-edge architecture called data warehousing.

It was originally developed to bring otherwise siloed data into a centralized managed system.

Ari was apparently one of the few people in Finland who knew about it. So they called him up.

There was no time to waste, he was to become a part of the task force whose mission was to design and build a colossal enterprise data warehouse.

After all, Ari had earned his stripes in the respective field by building a reporting system utilizing data warehouse architecture for Exxon Finland before and therefore was considered more than suitable for the job.

How did they know which data to integrate? What kind of information the business users needed to make out of the data? This wasn’t a technical issue, but rather business-related.

After some trials and tribulations, they came to a solution, it was a method called conceptual data modeling.

At the time, it was used to draft a sort of a “blueprint” of the entire database. To function as effective storage of data, it was essential everyone was able to understand what was going on in the data warehouse.

The task force led by a CIO rolled their sleeves and started the project.

Some time went by and the government officials started to grow nervous, asking for results.

The team was already lacking behind, facing enormous challenges and unreasonable schedules. Was the project to become a failure?

Was the IMF to take over a country unable to handle its economy anymore?

One night, long after office hours the team sat in the server room (at that time there were no cloud databases, the team had been physically present, hands-on, in the server dungeon).

The first report was going to be crunched out. Everybody was sweating bullets. They knew there was a considerable chance they’d messed it all up.

The air was thick with pressure, the CIO was constantly calling to ask for a report: is it ready yet?!

This was the test of their lives.

The data guys made it!

Meanwhile, the government high-ranking officials were gathered in the meeting room of the National Bank of Finland.

The tension was overwhelming. Heaps of time had passed, yet they were totally in the dark in terms of how deep the crisis was.

The careers of all of them were on the line. As far as the media goes, the blame of a failure would be on these guys, entirely.

For a while there, it just seemed too great a challenge to summon up all the data together with the technology at their disposal and within that time frame.

Back in the server room, the report finally got out.

They called the CIO. No formalities, no nothing. Just one thing to be said: the data was collected and put together.

After torturing hours, the CIO couldn’t hide his enthusiasm anymore and was screaming on the phone in exuberance.

He immediately ran to the meeting room of the National Bank with the first version of the report in his hands.

What a relief it was to the government officials. Excitement and relief filled the room, people were shaking hands and tapping backs.

The data guys made it! shouted the Minister of Financial Affairs.

Based on this report they were able to come up with a proper plan on how to save the country and to keep the IMF at bay.

The data-Driven culture had arrived in the Nordics.

Ellie is based on decades of experience and best practices

This story happened a long time ago. They didn’t then have Ellie, WhereScape, or Snowflake to speed things up.

The Data Vault method would have been a great help, but it wasn’t invented yet.

I myself joined his consulting company five years ago.

In 2018, we realized that conceptual data modeling is still a crucial part of the data warehouse building, perhaps the most important phase of them all.

We couldn’t find a good tool for it. There are sort of “heavyweight” tools in the markets such as Erwin and ER-studio.

They come in handy for many purposes, but not for business-oriented data modeling (or conceptual modeling).

There are also more user-friendly tools out there such a Lucidhart, but they are made for just drawing diagrams. That doesn’t do it either.

I’d gained quite a lot of experience in building and selling cloud software (SaaS). I also happened to know some of the best coders and designers who could help us.

We decided to build a cloud-based tool that is easy to use and that supports integration to other systems.

The third important feature was collaboration: models are to be shared across the organizations.

The goal was simple: make databases understandable for larger audiences, not just IT and data professionals.

Because at the end of the day, building data warehouses that really benefit business purposes requires involving people in business roles.

This is at the very core of Ellie.

With that in mind, we decided to bring data modeling onto another level and asked numerous famous data gurus to help us out in building the ultimate tool for our purposes.

In the beginning, our consultant used it internally for our data warehouse projects.

It was a success and our customers were asking whether they could use it themselves.

Consequently, we started to entertain the idea of Ellie as an independent business.

There was certainly a huge demand for such a tool. We set up a company called Ellie Technologies Inc to build that technology.

In 2019 we started to sell and deliver Ellie in growing amounts, and in a short period of time, it was used by large corporations, in the same stack with WhereScape and Snowflake.

A magical moment for me was when I was in a conference room with a big corporate client.

They showed a diagram of their core data architecture. Ellie’s logo was there together with Snowflake and Microsoft. I realized that we are onto something big!

Since then, we’ve raised funds, hired personnel, and formed partnerships.

In the beginning, there was only Ari’s dream about easy-to-use modeling tools that could be used jointly with business people.

Then I, the son, brought it into reality with my team (we would be nothing without the amazing team). The rest is history.

Oh, yeah, and the name Ellie. It’s short for my daughter’s name, Ellen. She’s 7 years old now and she’s my everything. I do it all for her.

Today, we’re on a mission to Reinvent Data Modeling.

Are you with us? 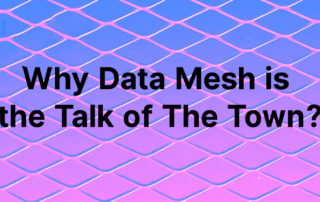 Why Data Mesh is the Talk of The Town 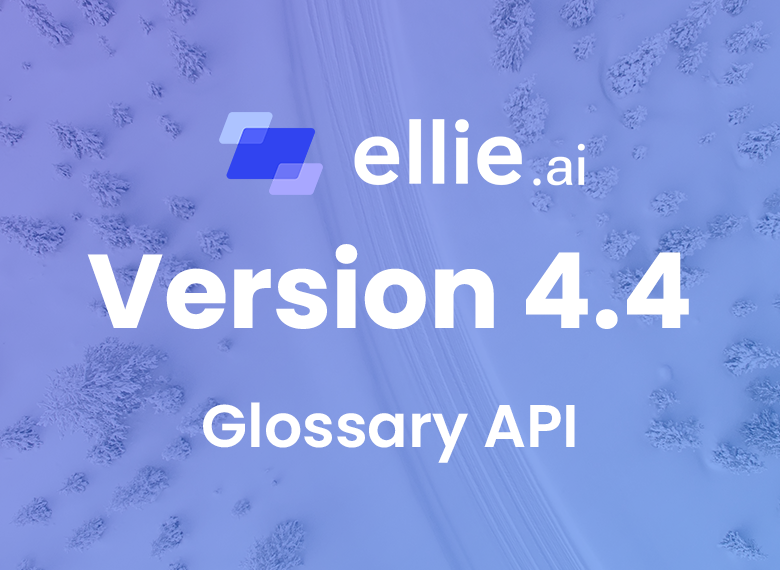 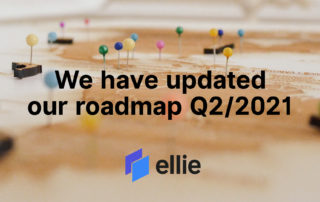